There are a lot of important things to keep in mind when you're recording a kick drum. It seems like it'd be as simple as putting a mic in front of the drum, but there is so much more! Here are some quick tips on recording and mixing a good kick drum. 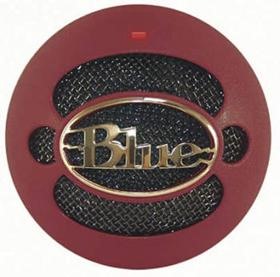 I like it because the tone of this mic is very warm in a kick drum, but it also allows for a lot of definition. However, I've recorded kick drums with any range of Mics. As always, the Shure SM58 is a great mic for just about anything!

You can make any mic work, as long as you place it well. Place the mic inside the kick drum, but a little bit outside of the mic hole, and point the mic a bit off center from the kick drum beater. This will keep you from recording too much of the click of the beater. Experiment with moving the mic around and listening to the mix. If there isn't a mic port on the kick drum's front skin, place the mic around 2-4 inches away from the kick drum, near the center of the skin. Experiment with distance to get a sound that's powerful, but defined. You could even try a couple different mics at once on the drum, whether there is a kick port or not.

EQ-ing these frequencies can tune the drum to sound more how you want to hear it. Spend some time experimenting, especially with EQing.

These are just some simple tips on recording a Kick drum. Remember, take your time, relax, and have fun! You'll find the sound you want with some time.

Want to master Microsoft Excel and take your work-from-home job prospects to the next level? Jump-start your career with our Premium A-to-Z Microsoft Excel Training Bundle from the new Gadget Hacks Shop and get lifetime access to more than 40 hours of Basic to Advanced instruction on functions, formula, tools, and more.

Other worthwhile deals to check out:

Join the Next Reality AR Community

Get the latest in AR — delivered straight to your inbox.